A treasure trove of Westinghouse appliances and memorabilia made in Mansfield was unloaded Thursday at the Mansfield Memorial Museum, including a 1931 Westinghouse refrigerator that still runs.

The Mansfield plant began in 1918 and underwent changes in ownership until the sprawling factory’s closing in 1990.

David Howat of Vermilion had collected Westinghouse items for years.

Scott Schaut, the museum’s curator, rented a van and drove to Vermilion to pick up the 115-piece collection.

Howat, who did not work at Westinghouse, said his love of Westinghouse appliances started when as a boy he saw the Westinghouse sign above the plant on a trip with family to Mansfield to eat at Red Lobster.

Then his parents’ neighbor gave the family a Westinghouse fan and radio when she moved in 1979.

Avid collector of everything Westinghouse

He’s been collecting Westinghouse on and off for the past 30 years, buying items mostly online. He said he really “stepped it up” in the last 15 years and sent his nephew to Michigan to pick up the 1931 refrigerator he paid $100 for.

“My thought was let it go so somebody else can enjoy it,” Howat said Friday, adding he was a bit sentimental about letting it go.

Howat said he knew that Schaut would preserve the collection and Howat plans to come to the museum to see the exhibit.

One of the early pieces in the collection is a traveling iron made by Westinghouse still in its box from 1921. Schaut said, “It still works.”

“This is an incredible collection with some rare pieces” Schaut said. “We have boxes of appliances never opened, never used.”

The collection includes the beginning of the roasters made at Westinghouse in 1933.

A 40-cup coffee maker good for having company over, nine roasters, a Dog-O-Matic hot dog cooker, heated electric sheets, heating pads and a waffle iron in its original box from the 1920s are among the appliances.

Schaut will feature everything Westinghouse in the 2022-2023 exhibit at the museum.

“We’re looking for employees, do they have any paperwork, newsletters, appliances,” he said.

The museum at 34 Park Avenue West was opened in 1892 and reopened in 1999. The building is the Soldiers and Sailors Memorial Building and it is the first memorial building built in Ohio and the last standing.

‘Everyone comes here to see Elektro’

An 84-year-old robot remains the museum’s most popular attraction.

“Everyone comes here to see Elektro and it will be our draw and until I’m dead,” Schaut said. Elektro is the nickname of the robot built by Westinghouse Appliance Division. in Mansfield between 1937 and 1938. The robot could walk by voice command, speak about 700 words, smoke cigarettes and move his head and arms.

The robot, which stands 7 feet tall, will be donated to The Henry Ford Museum in the name of the Weeks family.

On the museum’s second floor is a collection of anthropomorphic animals, including birds, frogs, mice and more.

“This has been done for centuries,” he said.

Westinghouse at a glance

The Westinghouse plant in Mansfield started with 125 employees making 1918 model electric ranges and small appliances, according to News Journal archives.

Water heater production started in 1920 and lasted until 1967.

In 1929, Westinghouse was first with the automatic electric waffle iron.

Refrigerators started rolling off the lines in 1930. By 1949, Westinghouse had developed the first frost-free refrigerator.

The company started making dishwashers in 1931.

Front-loading washing machines bearing the Westinghouse trademark came out in 1940, and 25,000 Model A-1 machines were built before the plant switched to war production.

After the attack on Pearl Harbor, workers turned their skills to producing wing flaps, bomb racks, radio transmitters, gunsight telescopes, armor-piercing shells, engine mounts for warplanes and binoculars. This is just a short list of war-production items turned out in Mansfield.

In 1946, home freezers were introduced. They were all the large upright type. Freezers were made in Mansfield until 1954, when the production line was moved to Columbus.

The site is one of Mansfield’s industrial landmarks. Thousands of area residents spent their working lives at Westinghouse, at one point the city’s largest employer.

The Mansfield plant is known for many firsts, including a toaster that turned bread mechanically, a fully automatic electric range, an automatic electric iron, ranges in colors, an upright freezer, a frost-free refrigerator, nonstick-finish fry plan and coin-operated laundromats in 1953. The first laundromat ever used, where people could go inside and put coins to operate the machine, was first operated in Mansfield.

Schaut said the museum continues to do oral history recordings with people who worked at local factories including Westinghouse. Interviews can be setup to record their memories of the workplace and life in Mansfield in general. Each person receives a DVD of the recording for their family history.

Schaut said he has conducted the oral histories for 20-plus years and has completed 81.

The Property Brothers Nail One of the Hottest Styles Today

Sat Aug 21 , 2021
Drew and Jonathan Scott design homes in a variety of styles, but on the latest “Property Brothers: Forever Home,” they honor a trend that’s all the rage on Instagram: “grandmillennial,” which blends old and new. In the episode “Building on a Legacy,” Drew and Jonathan meet married couple (and parents […] 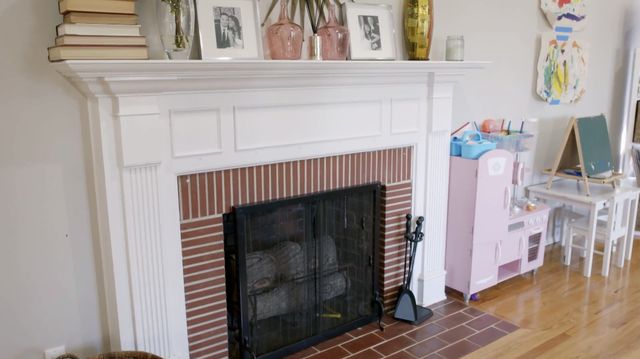