The National Association of Plant Breeders 2021 virtual meeting highlighted the need to reach out and form new collaborations to advance plant breeding for the 21st century.

Fabian Leon was born in Bakersfield, Calif., where his parents were migrant farm workers. He grew up in Nicholasville, Kentucky, where his chance at an American education was supposed to be his ticket away from agriculture.

However, he spent his childhood summers and winter vacations visiting family and the farm in Guanajuato, Mexico, that his parents had to leave behind when they immigrated. It only drew him deeper into the field of plant science.

Now, the 24-year-old’s Chicano identity (Chicano is an identifier for people of Mexican descent born in the United States) is inextricably connected to his work as a plant breeder. He is a member of the Society for the Advancement of Chicanxs and Native Americans in Science (SACNAS) and Minorities in Agriculture, Natural Resources and Related Sciences (MANRRS).

The Chicanx label arose through the ethnic pride of Mexican American youth in the 1960s and 1970s as a way of unifying Mestizx identity. Mestizx means mixed race between Spanish and indigenous descent, he explains.

The Chicanx movement took place in the Southwest U.S. and very much affected civil rights, education, and labor policies in the country — all with deep implications for agriculture.

“There do exist barriers to Chicanxs and Native Americans in my scientific discipline. There are obviously the issues of systemic racism, historic exclusion, forcible removal from land, and erasure of their agricultural practices. There are stereotypical notions that brown people are only on the bottom rungs of the agribusiness ladder,” he says.

Selected as a National Association of Plant Breeders (NAPB) Borlaug Scholar this year, Leon attended this year’s NAPB virtual meeting, where he was able to participate in a wider dialogue about facilitating partnerships within the plant breeding discipline. The meeting was hosted by Cornell University and took place Aug. 15-19.

“Growing up, I could always tell my parents were proud agriculturalists. I took up their pride and as early as middle school, I knew that I wanted to be involved in farming. I signed up for agriculture classes and started doing ag-related extracurriculars before my mom could convince me to be a doctor or a lawyer,” he says. He is now pursuing a M.S. in plant breeding at Texas A&M University working with sorghum.

“There wasn’t a lot of positive representation for a young Mexican in central Kentucky agriculture, so I had to look globally pretty early on for role models.”

Two of those role models were activist Cesar Chavez (who founded the founded the National Farm Workers Association, which would go on to become the United Farm Workers) and Norman Borlaug, whose work with CIMMYT in Mexico led to the Green Revolution.

Leon was drawn to sorghum partly due to the fact it can serve subsistence farmers while also scaling up commercially with mechanization.

“More personally, sorghum is an important crop in the region of Mexico where my family is from, and we grow it on our family farm,” he adds.

Leon says despite his success finding his way into plant breeding, many barriers exist for people like himself. He notes that current immigration and labor policies still exploit agricultural workers who are of Mexican or Native American descent. All of this makes crop sciences and agricultural sciences a hard sell for young brown kids to buy into, he says.

“Nevertheless, Chicanx and Native American people have some of the proudest agricultural traditions and will undoubtedly persist in our sphere. Plant breeders have to be ready to welcome those backgrounds and adapt with them. We have to remember that we owe our major crops to indigenous people first, and not modern breeding techniques.”

The importance of inclusivity in plant breeding was made evident at this year’s NAPB meeting in work being carried out by the Innovation Lab for Crop Improvement (ICLI) at Cornell. ICLI equips National Agricultural Research Institutes with the power to define their unique goals and drive advancement in crop improvement to reduce malnutrition, hunger and provide equitable benefits to women and youth.

Deborah Rubin works with ICLI and co-founded Cultural Practice LLC, which works with international development actors to build healthier, more prosperous societies. Rubin is working with ILCI to analyze the cross-cutting themes of gender equality, youth engagement, nutrition and resilience in the field of crop improvement, which she emphasises is not the same thing as plant breeding.

“We have to recognize researchers who sought to systematically identify preferences of smallholder farmers and to incorporate that information into breeding efforts. Other pioneering researchers deserve credit for explicitly recognizing the importance of women’s work in agriculture, not only for women’s contributions to family food security and income, but also as actors in seed selection, pest and disease control and managing soil fertility — three characteristics that link to breeders’ efforts in developing new varieties,” she said.

Take, for example, the relationship between gender equality and nutrition. New biofortified varieties may be developed and intended for home consumption to improve food security and household nutrition. But in Rwanda, high-iron bean varieties also turned out to be higher yielding and have become a lucrative cash crop.

“As a result, women’s activities in bean production processing and trading are changing. Some have joined cooperatives that have helped them to maintain decision-making control over seed selection and sales. We also have to adopt good practices to get young men and women more involved in crop research, for example, supporting them as students and hiring them as researchers. Research programs can deliberately seek out young agri-entrepreneurs as input suppliers or seed distributors,” Rubin said.

“Our goal is to carry out new research that deliberately gives attention to these themes and considers the needs of end users in research programs. Considering potential tradeoffs early in the product development process can increase adoption while also ensuring the goal of ‘do no harm’. We’re confident that this work will lead to important outputs and ultimately helped to change how crop improvement research is conducted.”

Reaching as many people as possible in order to transform the discipline of crop improvement can be challenging but is happening more and more thanks to people like Borlaug scholar Catherine Danmaigona Clement. She’s a Ph.D candidate in the plant breeding program at Texas A&M University working on cotton breeding, genetics and genomics.

She obtained her undergraduate degree in Nigeria and has experienced firsthand the difficulty students have understanding basic concepts and data analysis processes.

“Oftentimes students pay for their data analysis to be done and even when this is carried out, there is no guarantee that the concept or the software output is understood or if it was analyzed correctly,” she said.

In 2019, she travelled to Benin Republic, West Africa, to teach statistical designs and data analysis at an in-person workshop organized by the JRBiotek foundation for 100 African researchers from 20 countries.

“At the end of that workshop, 85% of the participants mentioned that the data analysis section was the most impactful. This experience further strengthened my drive to organize more training workshops.”

To-date, these virtual and face-face workshops have impacted thousands of early-career researchers. Even though these workshops were initially designed and tailored to Africans, they have also been beneficial to researchers and students in Asia, South America, Europe, the U.S. and Australia, she says.

“The greatest impact is that African students are gaining confidence in analyzing and interpreting their data and most importantly they teach others in their various schools and communities.”

Jarquin was awarded the 2020 NAPB Early Career Scientist Award and spoke at the NAPB’s virtual meeting about how working with CIMMYT as a Ph.D student and coming to the United States allowed him to turn his passion for data science into a career.

“In the kind of studies that we perform, every day there are new layers of information that were not there before,” he said.

“When I had a chance to work with more layers of information, that was when I realized that in order to make sense of all the different available omics of information, something different needed to be done, like developing new models and methods able to distinguish the different data types during analyses such that we can get the most of the information out of the data.”

Jarquin has worked with plant breeders of different crops in the U.S., Mexico, Japan, Australia, and from many other countries. He says the biggest lesson he’s learned is that “no matter the place on the earth, all the researchers with whom I had the privilege of working with are interested in developing products, methods and methodologies to help humanity fight hunger. Their passion touched me and every single day I’m motivated to do my best to help.”

As researchers like Jarquin become increasingly able to collect new data, new collaborations are needed to ensure that data are effectively used and identify gaps that need closing.

Radical collaborations were essential to advancing DNA sequencing technology, to where it now costs about $100 to re-sequence the human genome. This has resulted in a deluge of low-cost genomic data.

In contrast, phenotyping is a 10,000-year-old challenge that started with the visual assessment of plants for desirable attributes at the time of plant domestication. Phenomics technologies have only just begun to evolve more rapidly, and phenomics data are typically more expensive to collect on a large scale than their genomic counterparts.

This has caused a massive imbalance in the volume of data collected, says Michael Gore, Liberty Hyde Bailey Professor and Professor of molecular breeding and genetics at Cornell University. Gore spoke at the NAPB virtual meeting as part of a session on high-throughput phenotyping and the promise it holds for bolstering crop production.

The concept of field-based high throughput phenotyping has been advocated by those like Gore in the plant breeding community to reduce human effort, collect higher amounts of data, evaluate large population sizes at many time points in a growing season, decrease subjectivity when scoring plants and reduce phenotyping costs over time.

“Radical collaborations among plant biologists, engineers and computer scientists are needed to bring the lab to the field, allowing multi-scale data to be collected,” he says.

Gore’s team began collaborating in 2010 with agricultural engineers at the University of Arizona, implementing a rapid phenotyping platform to monitor changes in physiological phenotypes at multiple time points within a day and multiple days across the growing season in cotton.

The goal, as explained on the Gore lab website, is to understand the pattern of QTL expression dynamics under varying environmental conditions and more specifically, what QTL may be important in mitigating the consequences of heat and drought stresses.

Furthermore, research continues on the development of proximal sensing techniques and analysis of this type of data as it relates to resolving the genetic basis of important physiological, fiber quality and agronomic traits.

Shifting focus from the ground to the sky, Gore’s team has assessed the potential use of unoccupied aerial vehicles (UAVs) as efficient co-workers for precisely monitoring the incidence and severity of northern leaf blight (NLB) disease in maize.

Through a collaboration with Hod Lipson at Columbia University and Rebecca Nelson of Cornell University, Gore’s team is using aerial imagery collected via small UAVs in combination with deep learning to recognize leaf blight symptoms in plant images. The ultimate goal is to develop a semi-autonomous system that can identify and quantify levels of NLB and other potential plant diseases in the field.

Fri Sep 3 , 2021
AUSTIN (KXAN) — Two weeks into the school year, and during one of the hottest months of the year, some Austin classrooms are still without fully functioning air conditioning. Austin Independent School District officials put out a notice to students and staff, alerting them that relief from the heat would […] 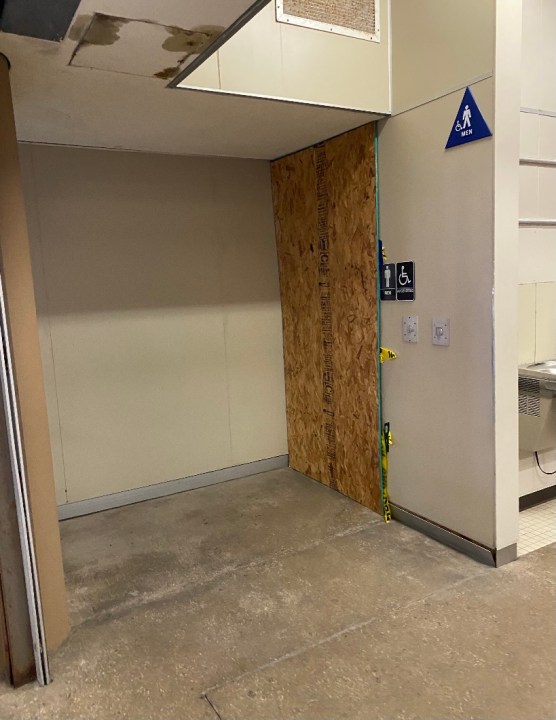