While some students stayed cool in their classrooms this week, others were sent home early to escape the sweltering heat in their schools.

The Connecticut Education Association, the union representing the majority of teachers in the state, is calling on federal coronavirus relief funds to be used to install, maintain and repair heating, ventilation and air conditioning systems in schools.

“Too many of our schools lack air conditioning or have ventilation problems that lead to toxic mold,” Jeff Leake, president of the union, said in a statement. “Poor air quality in classrooms could also lead to a resurgence of COVID-19 and other health problems for our students, especially since elementary and some middle school students are not yet eligible for vaccines.”

With temperatures in the 80s and 90s this week, some districts without air conditioning, including Danbury and New Fairfield, dismissed students early.

“The reason for the early dismissal is that there is not going to be adequate learning going on if the rooms are so hot and the kids are uncomfortable,” said Kathy O’Dowd, the health and nursing services coordinator for Danbury Public Schools. “It’s distracting. It distracts from the learning process.”

COVID-19 protocols, including mask wearing and the prohibition of fans, made conditions hotter in the classrooms.

“In the past, we might have persevered through this by putting in fans, having extra water, but we can’t use fans,” said Christine Carver, superintendent in Bethel, where the high school was dismissed early this week due to lack of air conditioning. “In addition, the mask mandate makes it even more uncomfortable.”

Two years ago, teachers in the state recorded temperature and humidity levels in their classrooms, with some temperatures reaching as high as 108 degrees, the union said.

Leake noted that “when it gets too hot, students can’t learn, and teachers can’t teach.”

A bill before the legislature this week would use federal funds to improve air quality and air conditioning in schools, said Leake, adding the bill still doesn’t go far enough.

Bethel plans to use some of its federal coronavirus relief funds and town money to update its HVAC system at the high school, Carver said. The system wasn’t updated when the school was renovated in 2007 to 2009.

Parts of the high school have air conditioning, but a number of classrooms do not, she said. One of the two HVAC units scheduled to be replaced this summer failed this week.

“I don’t know that it would have changed things drastically, but it just made it worse,” Carver said.

In Bethel, Berry Elementary School has had air conditioning, while Rockwell and Johnson elementary schools got it in the renovations completed this year.

Bethel Middle School has air conditioning, too, but the school needed to replace its chiller plant last year. After the system failed in the heat in September 2018, Carver had described students “slipping” in the hallways because the humidity was so severe.

Due to COVID, Bethel had reconfigured its HVAC systems and, in the heat, needed to adjust again, Carver said. Before this was worked out, some classrooms were hotter, so some students had to be moved to cooler spaces, she said.

Region 12 has air conditioning in all the schools and did not need to dismiss students early this week, said Megan Bennett, superintendent for the district that serves Bridgewater, Roxbury and Washington.

The district has been working to add air conditioning for multiple years, with some units added this school year after electrical work was done, she said.

“It’s a challenge when you have older buildings because it’s not just putting in an AC unit into a window,” Bennett said. “There are a lot of factors, and for a lot of districts it may be a multi-year process depending on ages of schools.”

Ridgefield schools replaced a few of its air conditioning units this week, but otherwise “maximized,” them, Superintendent Susie Da Silva said. All the classroom spaces have AC, so the schools remained open.

“There may be a few auxiliary spaces that do not,” she said in an email. “That said, staff could move to open AC spaces if needed.”

New Milford dismissed early on Monday and Tuesday due to “oppressive humidity levels and high temperatures,” Superintendent Alisha DiCorpo said in a message to families. The district was on its regular “accelerated early dismissal schedule” on Wednesday, she said.

Brookfield has air conditioning or unit ventilation in the elementary and middle schools, while the high school has already been dismissing early at 1 p.m. due to lunch protocols during COVID, Superintendent John Barile said in a message to families on Sunday.

Brookfield planned to offer frequent mask and water breaks, he said. Students were urged to wear appropriate clothing for the weather.

“Should a family feel it is too hot for their child to attend school, please know that the district encourages families to exercise their parental decision making authority,” Barile said Sunday.

A few of Danbury’s elementary schools and the new addition and media at Danbury High School have air conditioning.

Ellsworth Avenue Elementary School is one of the few buildings with air conditioning, so the soon-to-be constructed addition of that school will, too, O’Dowd said. The career academy will also have air conditioning because the Summit development where the school will be built has it, she said.

But the majority of the high school and most of the other buildings do not, O’Dowd said.

“At the height of the day, especially for the elementaries in the afternoon, it’s oppressive,” she said. “Having to wear a mask on top of that, it makes it more challenging.”

Fri Jun 11 , 2021
ANKARA Turkey has started implementing limitations on exports of some raw materials of furniture, including flakeboard, oriented strand board, fiberboard and some types of wood. According to the country’s Official Gazette on June 4, these materials have been entered in the list of the Goods Subject to Registered Export. Furniture […] 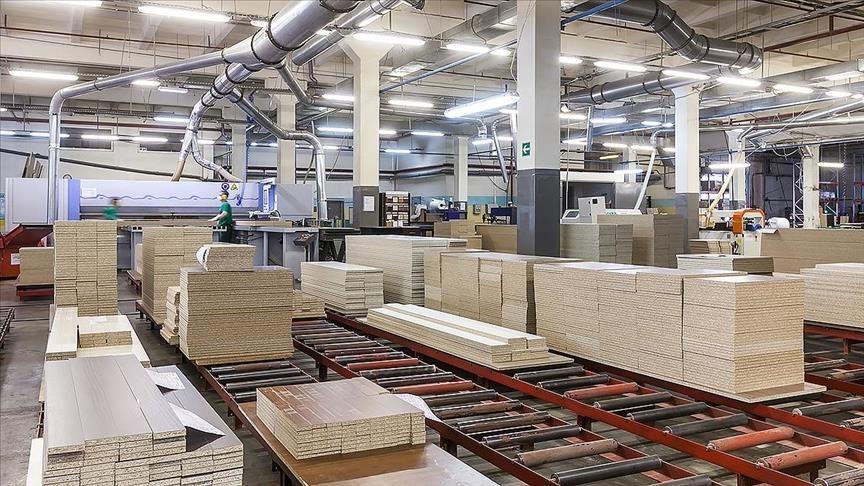