Weston Storey, or as he’s known on TikTok @ExterminatorKing, posted a video with nearly 350,000 views exposing furniture that a man was allegedly planning to donate to charity to be covered in bed bugs.

In the video, he said he received a call from someone he’s never done business with before to conduct a bed bug treatment.

“This stuff in this house is completely infested with bed bugs,” Storey said. “On a scale of one to 10, it’s at a seven.”

He said he told the man that all the furniture needed to be cleared out before the treatment.

“Long story short, I showed up today and instead of getting maintenance to throw it all in the dumpster, or pay someone to remove it, he said f**k it, I’m going to donate all of it to charity,” Storey told the camera.

The TikToker said people from a church were outside to load the belongings onto the truck. He said they told him the furniture was to be taken to a single mother.

“This guy was literally about to donate all of this furniture to a single mom and a couple of kids,” Storey said. “The church was actually going to scoop it up from here and take it right over.”

He said he told the volunteers to leave the furniture behind and that he was waiting for the man he spoke with on the phone.

“If he’s the big boss, and he’s the one who decided to do this, I’m going to blast this place on everything,” Storey said. “That’s a f**king terrible thing to do, to donate all this stuff and it’s going to someone in need. Imagine that.”

Storey told the Daily Dot he typically confronts his clients who try to give away infested items and said that many people underestimate bed bugs.

According to the Centers for Disease Control and Prevention, bed bug bites affect people differently. Although they aren’t considered to be dangerous, individuals may experience an allergic reaction that would require medical attention.

People shared their collective disgust in the comments, praised Storey and lamented their own experiences with the parasitic insects.

“Bc some people think poor people are not deserving of anything better and should appreciate anything. Thank you for not allowing this,” one TikToker user wrote.

“As a single mom who once unknowingly moved into a bed bug-infested place…thank you. It can be traumatizing,” another viewer wrote.

One wrote, “This happened to me! I was a single mom and I was donated bedroom furniture! 2 months later we found out & they were in EVERYTHING! I was devastated!”

Some commenters even offered to help furnish the mother’s home with their own donations.

Newsweek reached out to Weston Storey but did not hear back by press time. 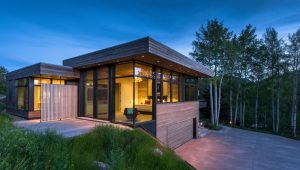