More than 50 California cities and counties have adopted similar rules banning or discouraging gas hookups in new homes and other buildings. The nation’s second-largest city was late to the game, said Councilmember Nithya Raman, the policy’s lead author — but no longer.

Friday’s vote “puts us in line with climate leaders across the country,” she said in an interview.

The zero-emission policy is likely to take effect in the next few years, although the timeline isn’t clear yet. The motion leaves the details to city agencies, directing them to draft a regulation and bring it back to the council for approval by the end of 2022.

That doesn’t necessarily mean every new home and business will need to be zero-emission starting in 2023. There could be a phased-in compliance schedule for different types of buildings, such as restaurants that rely on gas stoves, Raman said.

A 50-unit, five-story affordable apartment building awaiting its first tenants in Mar Vista is the type of development the policy will promote. It has solar panels, and it’s all-electric — meaning no gas stoves, boilers or water heaters fueling the climate crisis.

“I want to do it on all of our new buildings,” said Tara Barauskas, executive director of Community Corp. of Santa Monica, the developer behind the affordable housing project, which finished construction this month. “We’re committed to all-electric.”

New buildings could also use non-fossil fuels such as green hydrogen or renewable gas, at least in theory. But those options are relatively experimental and untested.

The likely outcome of L.A.’s new policy is that most new buildings will come equipped with electric heat pumps for space heating and cooling, plus electric water heaters and electric stoves, perhaps with induction cooktops that use magnets to heat food. It’s part of a national movement, with the Biden administration preparing to distribute billions of dollars in federal funds to make homes more energy-efficient — including helping with the switch from gas to electric appliances.

Barauskas said the affordable apartment building in Mar Vista — where a one-bedroom unit will rent for as little as $1,503 a month, a level set by the city — was probably more expensive to build than it would have been with a mix of gas and electric utilities because of the higher upfront cost of some electric appliances. But she said her nonprofit development corporation chose to go electric anyway.

“We probably would have had to retrofit this at some point anyway, because that’s where the world is going because of climate change,” she said. “So in my view, it’s much cheaper to do it now.”

Natural gas burned in homes and businesses accounts for about 10% of California’s planet-warming pollution. That’s not as much as cars and trucks, but still a big chunk. With the state targeting 100% clean electricity by 2045 — and L.A. aiming for 100% by 2035 — electric appliances should substantially reduce emissions over the long term.

“I’ve actually heard some people be excited — they don’t want gas in the unit,” she told state officials during a tour in March.

The gas industry has fought electrification, which threatens to unravel its business model. Companies such as Southern California Gas Co. — the nation’s largest gas utility — argue gas is more reliable than electricity because it isn’t vulnerable to disruptions on the nation’s increasingly fragile power grid. They also note that electricity prices are rising dramatically in the Golden State.

The American Gas Assn., an industry trade group, released a report in February arguing that pipelines and other gas infrastructure will be crucial for fighting climate change, because they can transport and store non-fossil fuels, such as hydrogen or biomethane harvested from cow manure. Many climate activists are skeptical, but industry officials say they’re trying to offer real solutions.

“The science tells us we do have to act, and the focus now is on net-zero emissions,” Emily O’Connell, senior director of policy and analysis at the American Gas Assn., said in an interview. “That is where [gas] companies and our customers are headed.”

More recently, though, SoCalGas has dropped some of its most aggressive efforts to fight gas bans in new buildings.

“We support the City identifying strategies to fully decarbonize buildings and look forward to participating in their process,” SoCalGas spokesperson Chris Gilbride said in an email, responding to a question about Raman’s motion. “There is growing consensus that electrification combined with clean fuels, like green hydrogen and renewable natural gas, carbon management, and technologies like fuel cells deliver the most affordable, resilient, and technologically proven path to full carbon neutrality.”

Your support helps us deliver the news that matters most. Subscribe to the Los Angeles Times.

Union workers who build and maintain gas infrastructure have raised concerns about electrification, too.

But so far, those concerns haven’t derailed L.A.’s efforts to ditch fossil gas. Ahead of Friday’s vote, city officials held talks with the Los Angeles/Orange Counties Building and Construction Trades Council, which represents plumbers and pipe fitters. They discussed the idea of creating additional work for those unions constructing “gray water” pipes that help buildings reuse their wastewater — a drought measure that could also replace some of the lost work extending gas pipelines to new homes.

Mayor Eric Garcetti said he was “very impressed” to see the building trades come to the table on clean buildings, rather than fighting any effort to ditch gas. It was only three years ago that the union representing L.A. Department of Water and Power employees ran attack ads against Garcetti after his decision to shut down three local gas-fired power plants.

The transition to all-electric homes “is going to happen. It’s going to occur,” Garcetti said in a recent interview. “Our forests are burning, the days are hotter, our floods are more extreme. … Do you want to fight the inevitable, or co-author the necessary?”

Barauskas said she’s hopeful state funds will help her development corporation cover some of the cost overruns it experienced on the all-electric apartments in Mar Vista. Stronger upfront incentives from the DWP would have helped too, she said. For instance, Community Corp. wasn’t able to afford induction cooktops, so it went with not-quite-as-good smooth-surface electric ranges.

“Anyone who wants to create more incentives so we can do induction, that would be great,” she said.

Although many home chefs love cooking with gas, a recent Times survey of L.A. voters found 50% support for banning gas stoves and heating systems in newly built homes, with just 37% of voters opposed. And climate advocates point out that many people haven’t tried modern induction cooktops, which they say are far superior to the electric coil ranges common in older apartments.

State officials set a goal this year of installing 6 million electric heat pumps in new and existing buildings by 2030. The California Air Resources Board has proposed requiring that all space and water heaters sold in the state be zero-emission by 2030.

The South Coast Air Quality Management District — which regulates air pollution across much of Southern California, including most of L.A. County — is considering a similar requirement to largely end the sale of space and water heaters fueled by fossil gas.

Shifting existing homes from gas to electric will be a bigger challenge than new buildings.

Climate justice activists want to make sure low-income families don’t have to spend thousands of dollars out of their own pockets replacing gas appliances — and aren’t burdened with higher utility bills, either. Raman acknowledged the tension.

“We’re in a moment of real housing crisis,” she said. “We cannot afford to put additional burdens that increase the cost.”

While the fossil fuel industry has argued that gas is typically cheaper than electricity, gas ban advocates point to their own data suggesting all-electric homes can be cheaper to build and operate. Natural gas prices also surged after Russia’s invasion of Ukraine.

“We want clean energy, but we also want to make sure that renters are protected,” she said.

SoCalGas is another possible obstacle for electrifying existing buildings. Although the company didn’t fight Raman’s motion dealing with new buildings, the biggest share of its sales is for gas delivered to existing homes and commercial businesses. The utility reported $5.5 billion in revenue last year.

SoCalGas employees could push back too. Asked recently about electrification, Eric Hofmann — president of Utility Workers Union of America Local 132 — said in a statement that “tweets and press releases don’t build the green infrastructure, our members do, and we look forward to working with the L.A. City Council to build a union-made clean green economy.”

Hofmann also referenced hydrogen — a top priority for the gas company. SoCalGas recently unveiled a plan to build hundreds of miles of pipeline to bring the fuel to the L.A. Basin, which could reduce emissions while also securing huge profits for the utility.

At the same time, SoCalGas isn’t ready to give up its existing fossil fuel infrastructure — including the Aliso Canyon gas storage field in the San Fernando Valley, which in 2015 sprung a record-breaking methane leak that lasted nearly four months and forced thousands of residents of L.A.’s Porter Ranch neighborhood to evacuate.

Legislation introduced this year by state Sen. Henry Stern, a Malibu Democrat, would have required SoCalGas to shut down Aliso Canyon by 2027. But when the legislation came up for a vote last week in the Senate Appropriations Committee, amendments introduced without Stern’s support rewrote the bill to remove the 2027 deadline and require state officials to study hydrogen as a replacement for natural gas in the L.A. Basin.

Stern accused SoCalGas and its parent company, Sempra Energy of San Diego, of using its political clout to gut the bill.

Sempra spent $1.96 million lobbying the Legislature during the first quarter of this year — far more than any other organization and hundreds of thousands more than it spent all last year. In a letter to Stern after the legislation was amended, SoCalGas dropped its opposition to the bill.

He also wrote that SoCalGas “supports the state’s efforts to analyze how we can reduce our reliance on Aliso Canyon while maintaining reliability and affordability, but these efforts must not sacrifice reliability and affordability.” He cited the Public Utilities Commission’s decision last year to increase the cap on gas storage at Aliso, writing that the commission “determined that the facility is needed through at least 2030 absent significant change to energy supply or demand which has not yet occurred.”

L.A.’s efforts to promote all-electric homes could begin to bring about those demand changes.

But Stern worries SoCalGas will keep working to block efforts to ditch fossil gas. After the Appropriations Committee approved his gutted bill, he took the unusual step of bringing it to the Senate floor for a vote and urging his colleagues to vote “no.”

“The gas industry is very powerful, and there are a lot of people who believe that we have to double down on a natural gas future,” he said Thursday. “I see this legislation now as essentially a choice, about the future of energy in L.A. and frankly in California.”

The bill failed in a lopsided vote.

Judge dismisses case in which Home Depot is accused of banning BLM from uniforms : NPR 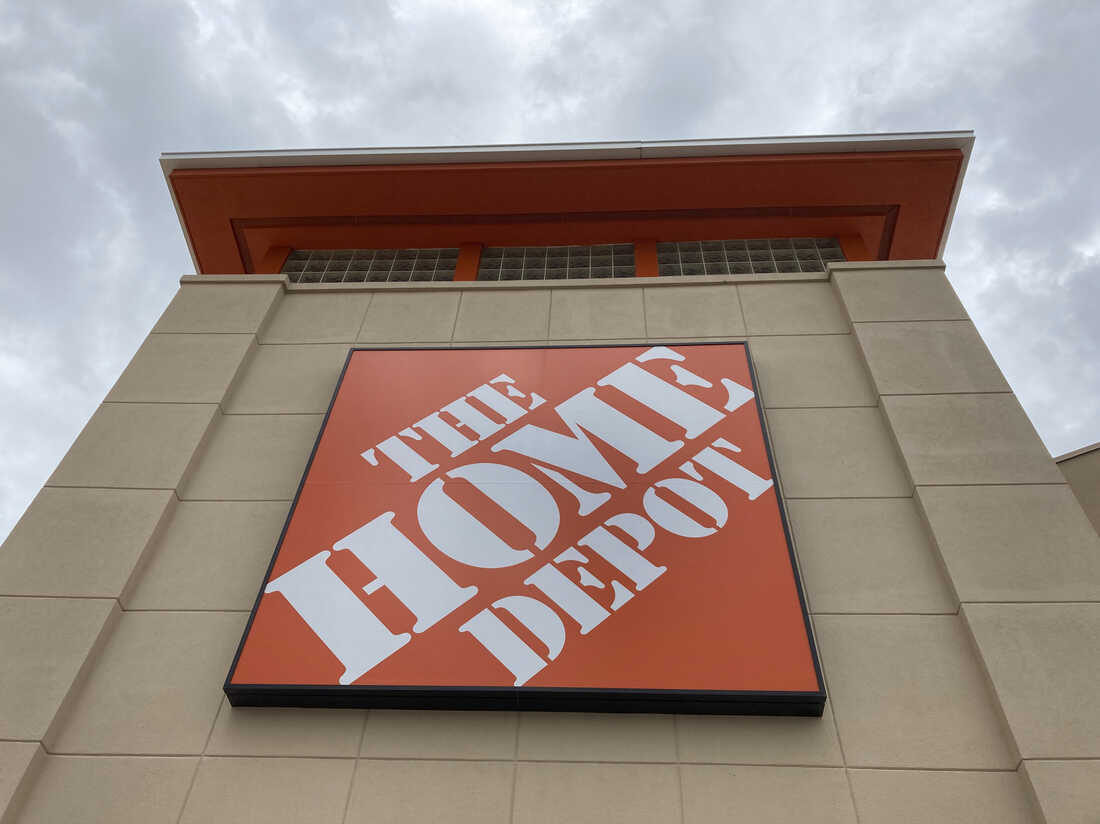