“I Am Always Inside the Architecture that I Design”: In Conversation with Toyo Ito

Examining the work of Tokyo architect Toyo Ito (b. 1941) – particularly his now seminal Sendai Mediatheque (1995-2001), Serpentine Gallery (London, 2002, with Cecil Balmond), TOD’s Omotesando Building (Tokyo, 2004), Tama Art University Library (Tokyo, 2007), and National Taichung Theater (2009-16) – will immediately become apparent these buildings’ structural innovations and spatial, non-hierarchical organizations. Although these structures all seem to be quite diverse, there is one unifying theme – the architect’s consistent commitment to erasing fixed boundaries between inside and outside and relaxing spatial divisions between various programs within. There is continuity in how these buildings are explored. They are conceived as systems rather than objects and they never really end; one could imagine their formations and patterns to continue to evolve and expand pretty much endlessly. 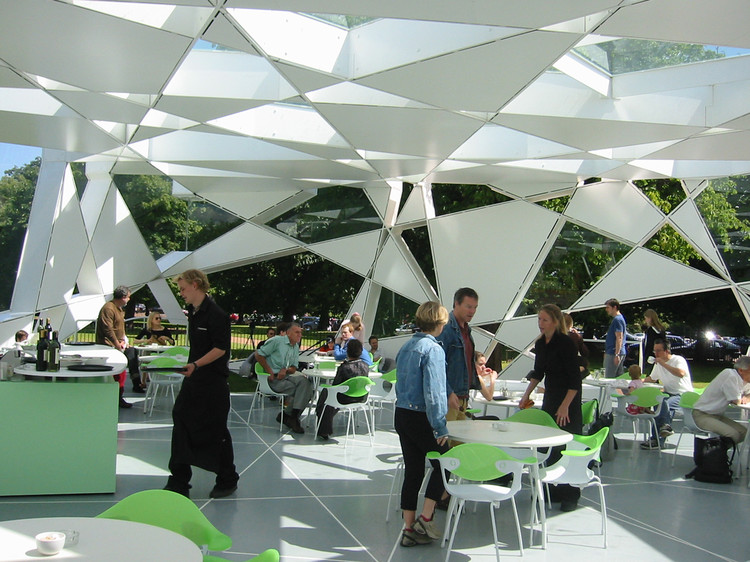 Ito, 2013 Pritzker Prize and 2010 Praemium Imperiale Laureate is a direct link between Japan’s first and second-generation modernists and the younger generations of now leading Japanese architects. He studied under and interacted closely with Kenzo Tange (1913 – 2005), Kiyonori Kikutake (1928 –2011), Arata Isozaki (b. 1931), and Kisho Kurokawa (1934 – 2007) at the University of Tokyo, which he graduated from in 1965 and then worked for four years for Kikutake, the founder of the Metabolism Movement, a speculative concept of buildings and cities changing, growing, and evolving, similar to living organisms. Ito’s own studio, which he founded in 1971, became a training ground for many talented young architects, including Kazuyo Sejima and Ryue Nishizawa (SANAA), Astrid Klein, and Mark Dytham (founders of KDa and PechaKucha), Katsuya Fukushima (FT Architects), and Akihisa Hirata. What follows is a portion from our conversation over Zoom, which was edited and condensed for clarity.

Vladimir Belogolovsky: Following your graduation from the University of Tokyo’s department of architecture in 1965, you worked for several years at the office of Kiyonori Kikutake, before opening your own practice in 1971. What did you learn most from that experience?

Toyo Ito: When I studied at the university Kenzo Tange had his professorship and I also constantly interacted with Arata Isozaki, Kisho Kurokawa, and Kiyonori Kikutake. What I learned from Tange, Isozaki, and Kurokawa was that architecture is very theoretical. That’s how they saw it. But Kikutake who was, of course, the founder of the Metabolism Movement, was different. To him, architecture was an emotional experience. What I also learned from him is how to design architecture with my entire body. In other words, to design architecture as a tangible experience – considering how you feel in the space, how you touch materials, textures, and surfaces, and so on. That was the difference.

VB: I noticed that between finishing your time at Kikutake’s office and starting your own practice there was a gap for a couple of years. Did you work at another studio then?

TI: After leaving the office of Kikutake in 1969, and before starting my own studio in 1971, I worked on projects for my family and was considering what exactly I wanted to do. I did not want to jump into my own practice too quickly. Also, in 1970, I traveled to Europe and America. And the first time I went abroad was in 1967, to visit the Montreal EXPO, while still working at Kikutake’s office.

VB: You said, “My work has always been about tearing down this wall that separates modern architecture from nature.” Could you talk about your interest in bringing spatial varieties to Modernist architecture’s insistence on conforming its designs to such abstractions as the geometric grid and the right angle? How did this interest start, and could you name any particular influences on you?

TI: Until the 1980s, before I was given a chance to work on large public works, my projects were largely single-family residences. Yet, I was already very much aware of this delicate relationship between architecture and nature that I wanted to emphasize. For example, my own house, Silver Hut, was an attempt to connect the house to the land and the sky. And then in the 1990s, when I started working on a bigger scale, I focused even more on trying to connect people and nature through architecture and how it is experienced. I was trained to follow all the main principles of Modernism, but once I started practicing, I realized that Modernism is about asserting itself against nature. This led to questioning it and slowly turning down this so-called wall between Modernist architecture and nature.

VB: Was this questioning sparked by a particular revelation such as discovering someone’s thoughts or visiting another architect’s building? Where did your doubts about Modernism come from?

TI: Although I started thinking about these ideas already in the 1980s, the real revelation, as you call it, came in the mid-1990s when I was working on Sendai Mediateque. The project started as a competition in 1995 and the building was completed in 2000 and opened in 2001. It was during the process of designing this building that I was rethinking the importance of the relationship between people and nature, and what can architecture do to make people behave more freely and more comfortably. My mindset flipped. It was no longer about the building and its look.

VB: You once described your buildings as “pieces of clothing that wrap around human beings.” Could you elaborate on this thought?

TI: When architects design their buildings they often focus on the form, exterior, and overall image. But when I design my buildings I start from within. I am always inside the architecture that I design. So, by saying that architecture is like a piece of closing that wraps around human beings, I basically mean that I think about my body first. Then I surround it with furniture, then with the skin of the building, just like layers of closing. I slowly expand outwards.

VB: Speaking about your architecture you and other critics often use such words as against the cartesian logic, non-linear, ambiguity between the inside and outside, blurred boundaries, the in-between, and loose condition. What other words would you use to describe your work and the kind of architecture you try to achieve?

TI: We just talked about the importance of our connection with nature. That’s very important. I also like to say that human beings are connected by two kinds of water – physical and virtual. Physical water is what makes up most of the human body, while virtual water is what shapes information. People move around cities seeking “virtual water”. Gradually this leads to losing their sense of “physical water.” In other words, people become detached from nature. Contemporary architecture should create places where people would come in contact with “physical water” where they would freely and actively enjoy being active.

VB: What is your architecture about? What is the main intention of your work?

TI: I aim at extending and expanding Modernism. My goal is to create Modern architecture that has a close relationship with nature. The concept of “function” seems to be the 20th-century term that is no longer relevant. I do not have an image of “form” either. I am more interested in creating places similar to the ones found in nature and integrating them within architecture. I always derive inspiration from forests, trees, and water in nature. In addition to them, natural phenomena such as wind and clouds also inspire my designs.

VB: What one building, built in Japan since 2000, would you name as the most important?

TI: I wouldn’t pick one building. I don’t think there is such a building that really deserves such recognition. But I can name one young architect who I think needs to be paid a lot of attention, as one of the best young architects in Japan. I am talking aboutAkihisa Hirata [b. 1971]. He hasn’t been given enough opportunities to work on large-scale projects yet. But his work is inventive, and it is about questioning the limits of architecture.

Tue Aug 24 , 2021
(Philstar.com) – August 22, 2021 – 10:00am MANILA, Philippines — Haier Appliances Philippines started an outreach program to help students have access to online resources and achieve their academic dreams in the midst of a global pandemic. The appliance corporation provided 45 junior high-school students from Mambugan High School with […]