Players Workshop might raise the curtain this fall, but members say a return to live theater will depend on the status of COVID-19.

The PW board is in serious discussions on when the currently video-centric community theater group can come back to the stage, according to Bonnie Downes, PW’s marketing director.

“We are working toward reopening this fall with live performances of ‘The Fox on the Fairway’ the first two weekends of October,” said Mary Fox, who is up for reelection to her final term as PW president at the annual board meeting May 26. “However, the state of the pandemic will be a determining factor. A more firm decision will need to be made in early July to allow time to send out season tickets, market the season and hold auditions. We are working toward this goal, but it’s not written in stone.”

PW was ready to present “The Fox on the Fairway” slated for April 2020 but reluctantly had to close in March 2020 as the pandemic took hold.

In addition, the PW Youth Committee is working on possible projects this summer for young thespians, “but nothing firm as of now,” said Fox.

More:Powerball ticket bought in Iowa misses $155.9 million jackpot by 1 number, but it’s still worth a lot of money

When the PW Little Theater on Grove Street eventually reopens, it will be with several safety precautions, such as limited seating, and updated heating and air conditioning systems to meet Centers for Disease Control and industry guidelines for COVID-19 mitigation.

Doors will open earlier to help social distancing, and masks will be required. Restrooms and several lobby areas will have hand sanitizing stations, and all of the building’s hard surfaces will be cleaned and sanitized between performances. Water fountains will be shut off with bottled water available at concessions.

In the meantime, local theater fans can get their fix, as PW volunteers innovate and learn new technology while posting short Facebook and YouTube videos, with some upcoming ones that promise a peek at photos from old PW productions.

A new lesson for the actors and actresses in the COVID-19 age came in the form of voice coaching, provided by B Edwin Sounds, a radio jock and voiceover artist in charge of sound, as, for safety, PW players wore face masks while recording “momism” videos saluting mothers for May, at local radio station KBUR.

More:These Polk County ZIP codes have lower vaccination rates than their neighbors. What is being done to raise the rates?

B Edwin Sounds led the group in speaking “clearly and slowly, to pause in the right places, with the appropriate rate, diction, and emotion,” Downes said.

“If you don’t really articulate while wearing a mask it can really come out muffled,” said Downes. “The sound on the videos came out clear as a bell.”

Players Workshop’s May opening salute to Mother’s Day features “momism” videos on life and children, followed by a reading of Erma Bombeck’s “When God Created Moms,” with director Fox narrating, JoJo Munkee as the Angel, and Kevin Gobble as the Voice of the Lord.

On May 15, to coincide with Armed Forces Day, Players Workshop will offer a tribute to the “good guys,” with “Our Protectors,” a montage of pictures from PW historian Mary Krohlow featuring heroic characters from past Players Workshop productions.

More:Longtime daycare provider Machell Chapin is a mother to many and a stranger to none

On May 19, PW will post its final tribute to mothers with “Memorable Momisms on Family.”

Later this month, PW will go for laughs when the “Old Folks” return for another sketch from The Carol Burnett Show on May 24.

More:The story behind the New York Times story on Burlington

Carol and Chris Hinkle will portray the lovable, if cantankerous, duo on vacation in Florida in “Snapped, Crackled, and Pooped.”

Closing out May’s videos will be “Backstage Intermission,” another montage of PW photos from Krohlow, this one showing what happened backstage during intermissions of past shows.

‘I was amazed at the generosity of the community’

To stay afloat while the theater is closed, PW has received some grants, and a big lifesaver has been a community apparently eager to support local performing arts.

“I am amazed at the generosity of the community. We have kept pace with our expenses, which is phenomenal, a feat accomplished through tightening our belt ad more so through generous contributions,” said Fox.

More:The Burlington the New York Times article didn’t show and what it got wrong

As PW moves into the future, the group likely will continue to make use of video, particularly in promoting its productions.

“With our newfound knowledge of creating videos, there is much talk of continuing to use this creative outlet. We also see value in using what we’ve learned to promote our plays in the future,” Fox said.

Besides selecting their president, Players Workshop members will vote on new members at the May 26 board meeting to be held in person and on Zoom. Candidates are Gene Anderson, Brittany Gerst, Christopher Jackson, Steve Poling, Rod Reeves, and Randy Wischmeier.

Links to donate funds are posted below the videos on both formats, should the viewer wish to do so.

For more information, visit www.playersworkshoptheater.com or the Facebook page.

Thu May 13 , 2021
When one of Javier Senosiain’s daughters was in kindergarten, she was asked to draw her house. Her picture showed an undulating green roof and semi-buried structure. She left out the giant shark’s head overlooking the garden but even so, the teacher was alarmed enough to call her mother and the […] 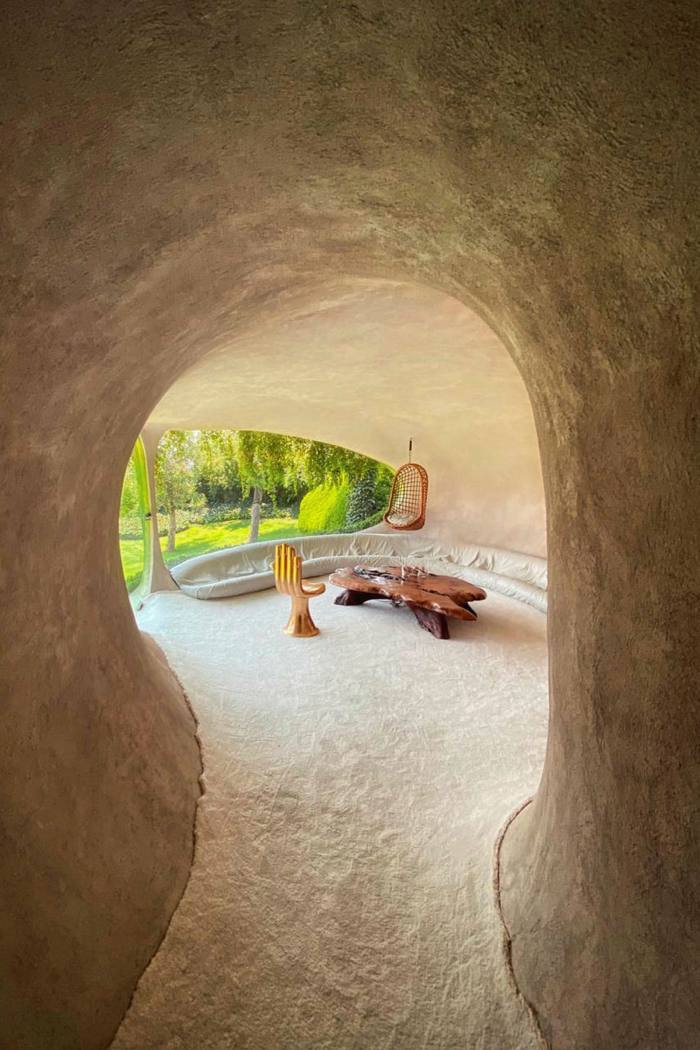