The new exhibition, running through the end of August, covers the legacy of the architecture firm’s namesake, Zaha Hadid (1950-2016), the first woman to win the 2014 Pritzker prize, the equivalent of the Nobel for architecture. 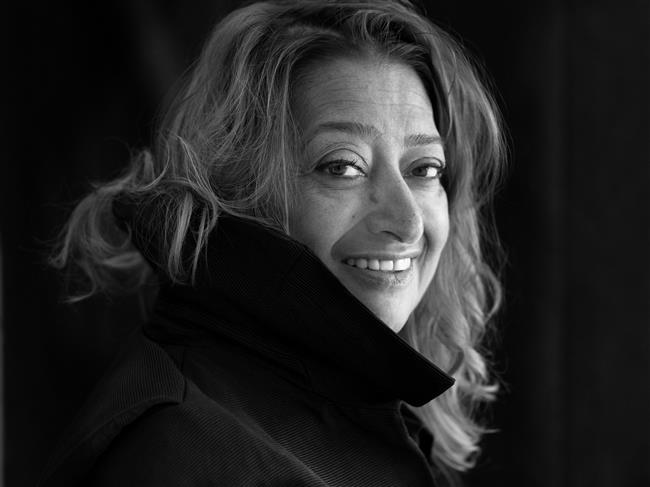 Like Ando, Hadid left a monument in the world of architecture, internationally known for her radical deconstructivist designs.

Her outstanding contributions to the architecture have been lauded by professional, academic and civic institutions around the world, including the Forbes list of the “World’s Most Powerful Women” and the Japan Art Association presenting her with the “Praemium Imperiale” prize.

In 2010 and 2011, her designs were awarded the Stirling Prize by the Royal Institute of British Architects, one of architecture’s highest accolades.

“Hadid was an exceptional woman, and we are delighted to show the development of her movement as a researcher, designer and architect to the public through various geographies and histories – and how this movement impacts the current innovative vision and work of Zaha Hadid Architects following her untimely passing,” said Shai Baitel, artistic director of MAM Shanghai.

The exhibition examines the evolution of ZHA’s buildings over the last 40 years – from the flowing urban spaces of the MAXXI Museum of 21st Century Art in Rome (2010) and Leeza SOHO Tower in Beijing (2019) to the studio’s projects currently in development across six continents.

Defined by a timeline, the exhibition varies from a cluster of architecture models, video, pictures and virtual reality to interior and product designs.

Hadid was born in Baghdad, Iraq, in 1950. She began her college studies at the American University in Beirut, focusing on mathematics. She then moved to London in 1972 to study architecture at the Architectural Association. Upon graduation in 1977, she joined the Office of Metropolitan Architecture. Two years later, she founded ZHA, redefining architecture for the 21st century with a repertoire of projects that have captured imaginations across the globe.

It might be interesting for local visitors to know that Zaha Hadid had a close relationship with China.

Early in 1981, Hadid traveled to China for the first time at the beginning of her career. Like her birthplace Iraq, carved by the Tigris and Euphrates rivers, she found that China’s natural landscape and urban settlements were also shaped by its great rivers and waterways. Traveling from north to south and visiting many Chinese cities to experience their art and architecture, she studied the methods that harmoniously embed the historical architecture with its natural surroundings.

In 1983, she won the prestigious Hong Kong Peak Club competition for a new private club located in the hills of Kowloon.

The leisure and recreational center manifested Hadid’s investigations into the fluid relationships between building and site, interior and exterior.

Defined by the topography of the surrounding mountainside in this and later seminal projects, such as the Guangzhou Opera House (2010) and Beijing Daxing International Airport (2019), ZHA’s work echoes the coherence of nature in an organic architectural language, generating unique spatial experiences that are intuitive to navigate and recognized around the world.

Known as an architect who consistently pushes the boundaries of architecture and urban design, her work experiments with new spatial concepts intensifying existing urban landscapes and encompassing all fields of design, from the urban scale to interiors and furniture.

The exhibition will also present Zaha Hadid Design (ZHD), formed in 2006 out of a need to create a separate platform to share Hadid’s distinct dialogue of contemporary design.

Today it is defined by Hadid’s inventive methodology and signature design in furniture, lighting and fashion that transcends boundaries.

Painting and drawing, especially in her early period, are important in investigating her design work. Since her 1983 retrospective exhibition at the AA in London, her architecture has been exhibited worldwide, and many of her works are held in important museum collections.

Her work was exhibited at New York’s Solomon R. Guggenheim Museum in 2006, London’s Design Museum in 2007, the Philadelphia Museum of Art in 2011 and London’s Serpentine Galleries in 2016.

Parallel with her private practice, Hadid has continued to be involved in academics, holding chairs and guest professorships at Harvard, Columbia, Yale and the University of Applied Arts in Vienna.

In 2016, Hadid died from a heart attack in America.

Sat Jul 10 , 2021
The Fourth of July means three things: hamburgers on the grill, gratitude for America and deep discounts on appliances at The Home Depot. With savings up to 35% off on select appliances, you won’t want to skip the sales. Before you read on, let’s debunk a myth — these markdowns […]